Journalist and Prosecutor apparently don’t know who Jack Harlow is

The name of Jack Harlow was quoted in the most unlikely places. During Fulton County District Attorney Fani Willis’ press conference regarding Young Thug’s recent RICO indictment, a reporter asked the district attorney why Jack Harlow was not named in the indictment. On Tuesday (May 10), the journalist Phillip Lewis shared on his Twitter account a video taken from the press conference in Georgia. In the video, a reporter asked Fani Willis why Jack Harlow is not mentioned in the 88-page RICO indictment against Young Thug and your YSL bank.

“The prosecution got Young Thug and a bunch of other rappers. But there’s one name I expected to see, and didn’t, and that’s Jack Harlow. Can you talk about it?” asked the reporter. “What I will say is, as big as this charge is, I told my team, let’s not exaggerate, let’s be conservative in our approach, which is always the approach I take, and in taking that approach, 28 defendants were indicted,” replied DA Willis. 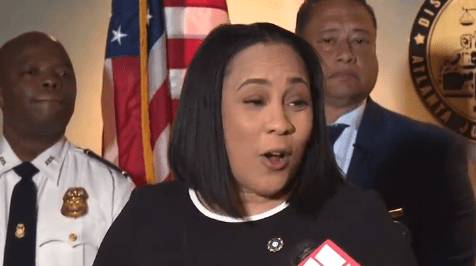 It’s unclear why the reporter thought the Louisville rapper was involved in alleged criminal activity with Thugger. There is speculation that social media jokes featuring Harlow’s name after the accusation prompted the reporter to ask the question. What is evidently clear is that both the reporter and the district attorney had no idea who he was. Jack Harlow.

However, Young Thug, Gunna and 28 others are facing serious charges including conspiracy to violate the Racketeer Influenced and Corrupt Organizations Act (RICO), murder, armed robbery and participation in criminal street gang activity. During the press conference, DA Willis said that street gangs are responsible for 75-80% of crime in Fulton County, Georgia.

“75% to 80% of all violent crime in our community,” she said. “No matter your notoriety or fame, if you come to Fulton County, Georgia, and commit crimes, you will be a target and focus of this prosecution.” When asked what kind of sentence they could be facing, Fulton County District Attorney Fani Willis said: “We are going to ask for the different charges for the maximum sentences and obviously a lot of people are looking at life on these charges,” he said. . “You are absolutely right, these are serious times, these are serious allegations. It is my opinion that violence in our communities deserves maximum penalties.”

Reporter: ‘The indictment’s got Young Thug, and a bunch of other rappers. But there’s one name I was expecting to see, and I didn’t, and that’s Jack Harlow. Can you speak to that?’